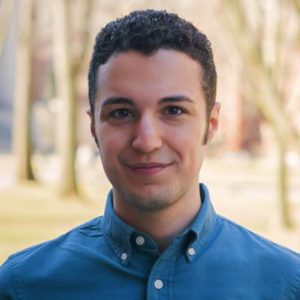 "Language training at UW-Madison has been an indispensable part of my research endeavors. Several of the research projects I have been involved with have required an in-depth understanding of Spanish language and culture, which I would lack had it not been for the myriad courses I took from the department."

Since graduating from UW-Madison in May 2011, I have been enrolled in a Ph.D. program in Sociology at Harvard University. I am currently in my fourth year of the program. My primary research interests encompass the fields of migration, urban sociology, and inequality. At the intersection of these fields, I explore why people migrate (both internally and internationally), and how their moves influence socioeconomic mobility outcomes. My current research seeks to provide fresh perspectives on unauthorized migration from Mexico, illuminating previously-overlooked social processes that explain this population’s remarkable persistence in the United States across time.

I began studying Spanish when I was in middle school and continued learning it in high school. When I enrolled at UW-Madison, I wanted to continue my Spanish language training so that I could gain fluency in the language and ultimately use it for research with Latin American migrant communities in the United States.

I only studied one semester of Arabic at UW-Madison, which was during the fall semester of my senior year. I am a heritage speaker of the language but wanted to learn how to read and write it, which I was able to do that fall.

Language training at UW-Madison has been an indispensable part of my research endeavors. Several of the research projects I have been involved with have required an in-depth understanding of the Spanish language and culture, which I would lack had it not been for the myriad courses I took from the department. Of course, it has also been beneficial for me in my travels, as being able to communicate with fluency in Spanish has facilitated my trips to Mexico, the Dominican Republic, Spain, and even Germany.

I went to Oaxaca, Mexico (led by Kathryn Sánchez) for summer and Madrid, Spain (led by Juan Egea) for an academic year. In the former, I stayed with a host family that required that I speak Spanish all the time. In the latter, I lived in a shared apartment with three young professionals (one from Colombia, one from Spain, and one from France) and resolved to only speak to my roommates in Spanish. This commitment really paid off, and I was able to unlock a new level of fluidity in the language that would not have been possible had I only studied Spanish in the United States. Studying abroad is such a rich, transformative experience and, at the risk of sounding cliché, one that still informs the work I do today.

Much of my research requires that I speak and write in Spanish, which has helped me tremendously to maintain my language abilities. I also speak with my twin brother (also a UW-Madison alumni who studied Spanish) in Spanish, which helps to keep the rust off.