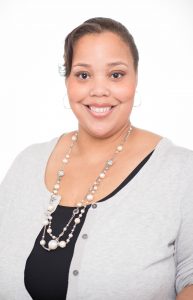 "Living in the International Learning Community was the best choice I made to increase my language proficiency on campus."

Since graduating from UW-Madison in 2013, I have worked in abroad teaching English in France for six months. After I got back, I started law school in Chicago and completed my studies in Brooklyn. NY. During law school, I specialized in international law with a focus on immigration and human rights. I have worked at the US Attorney’s Office for the Eastern District of New York, The New York State Justice Center for the Protection of People with Special Needs and Safe Horizons -Immigration Visa Assistance Project.

I had a difficult time learning traditional languages in high school. Learning a Scandinavian language appealed to me because it does not require verb conjugation.

I always get asked about my motivation for learning this language, especially in job interviews. Most recently I discovered a co-worker of mine grew up in Stockholm and we’ve been having conversations in Swedish.

My language classes at UW were always challenging but also created a sense of community that I really enjoyed. Often the same students were taking Scandinavian languages on campus, so it was easy to build camaraderie with your classmates.

Living in the International Learning Community was the best choice I made to increase my language proficiency on campus. Living in the community forced me to speak and listen to Swedish outside of my classes. This made it easier for me to pick up nuances over time.

Sadly I have not maintained my language skills as much as I would have liked but my co-worker has become a great resource. He also claims I am not as rusty as I think I am.

Embrace being uncomfortable as much as you can during the learning process. It makes the frustrating moments of language learning easier.