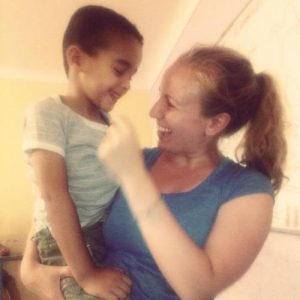 "French is also an incredibly useful language, particularly in the world of global health -- and since I knew I would be going on to work in international health, I knew speaking French would be a beneficial skill."

I attended Tulane University in New Orleans, LA for graduate school and received my Master’s of Public Health in December 2014. While a student at Tulane, I lived in Morocco for four months while implementing an HIV/AIDS prevention program. I’ve also been to Morocco twice to be a French and English teacher. I now work at the Wisconsin State Senate, where I work as an expert in public health policy.

French is my family’s native language, as they came to the United States a few decades ago from Belgium. I had studied French throughout elementary, middle, and high school and really enjoyed my coursework in the language. French is also an incredibly useful language, particularly in the world of global health — and since I knew I would be going on to work in international health, I knew speaking French would be a beneficial skill.

I’ve been able to travel to many French-speaking countries and being able to speak the language makes the experience all the more rewarding (I always feel so lost in Spanish-speaking countries because I have no idea what’s going on! Thankfully, I don’t have that feeling in Francophone countries). I was also able to live and work in a French-speaking country. Despite being one of its national languages, many Moroccans do not speak French. The organization I was working for needed a French-speaker to translate documents into English and French from Arabic, so my French skills came in handy. I was also beneficial because many of the people we were working with were non-Moroccan migrants from Sub-Saharan Africa — a region in which speaking French is quite common. Many of my Moroccan co-workers were unable to communicate with these migrants, so it became my job to translate.

I lived at the French House which was a wonderful experience! Being required to speak French all the time really does force one to learn how to say anything and everything. It was also beneficial to be able to learn slang and everyday terms — not just “textbook French.”

Prestidigitateur (because it takes me at least 3 tries to say it!)