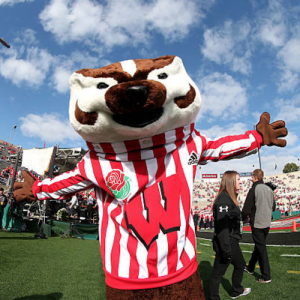 "Keep going! Studying a language can be intimidating but it is worth it."

After graduating from UW-Madison, I moved to Milwaukee for teaching and graduate school. In Milwaukee, I went to Cardinal Stritch University for my MA in Teaching, with a focus on regular education and English as a second language. While attending graduate school, I also was teaching middle school language arts and social studies. Now, I am an English language and bilingual resource teacher for the Verona Area School District. However, I am still looking for ways to learn and practice French.

Spanish is my first language. However, I still took Spanish classes in high school, so I could become fully biliterate. Even though I could speak Spanish, as a heritage speaker of the language, I struggled to read and write. After high school Spanish, I enrolled in my first Spanish class as a freshman – Spanish 311 with Sarli Mercado. This class helped me become a better writer and challenged me to think critically about my word choice and fluency. Because of my amazing experience with Sarli in 311, I decided to continue studying Spanish as my main undergraduate major.

French, however, is a different story. I took French 101 and 102 the summer before my senior year. I wanted to take summer courses but I didn’t know what to take. As I was looking through the course guide, I saw that I could take two French semesters and I thought that it would be a good idea to learn a new language. This was a great choice. Not only was the course challenging, but it was also exciting to make metacognitive connections as a bilingual to see how the French language is similar and different to English and Spanish.

Earning a BA in Spanish has helped me become a better bilingual teacher. Additionally, I have tried to continue learning French on my own and I have travelled to France and Québec all by myself. Even though I still struggle with speaking French, my little bit of knowledge has helped me communicate and solo travel.

My most memorable experiences were being in a space where the Spanish language is loved, respected, and appreciated. Growing up, I was constantly told and reminded that the language I speak at home is less than the language that is spoken at school. I am grateful for the professors I had who helped me become the bilingual teacher that I am today. They have inspired me to continue promoting the Spanish language and elevating the value of the language in my classrooms.

Spanish – I have learned how to become a teacher for biliteracy, which is different than teaching Spanish as a foreign language. I have learned and practiced the language of “biliteracy” in the classroom.

Keep going! Studying a language can be intimidating but it is worth it. Also, you are bilingual, an emergent bilingual, or multilingual. Be proud of that.