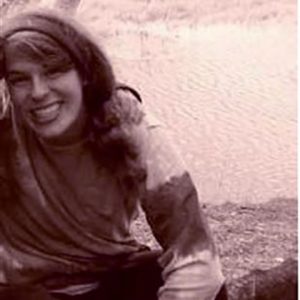 "The life experiences and vital knowledge I acquired through taking German classes pre-college were amazing and extremely enriching. I wanted to continue that at UW-Madison and while studying abroad; I have definitely not been let down thus far."

I am a representative at Northwestern Mutual, a life insurance and financial services organization. I build lasting relationships with clients through ongoing financial processes; I assess clients’ needs and recommend insurance and investment solutions to help meet their financial security goals. I enjoy the relationship building with clients and the consequential creation of community. Studying, traveling, and speaking languages (other than English) abroad, helped prepare me for meeting and connecting with a wide array of people and understanding varied life perspectives and experiences. These skills have been imperative in my career with Northwestern Mutual.

I began taking German in middle school, continued it through high school and wanted to delve even further into the language in college. The prospect for gaining retroactive credits for previous work was also a strong incentive for me to continue studying German!

The life experiences and vital knowledge I acquired through taking German classes pre-college were amazing and extremely enriching. I wanted to continue that at UW-Madison and while studying abroad; I have definitely not been let down thus far. I chose to study German because my ancestors were from present-day Germany.  I chose to study Danish because I wanted to learn another language and it was semi-close to German, so I decided to take it. I chose to study Spanish after returning from my year abroad in Germany. In between academic semesters in Germany, I traveled to a plethora of European countries. I met people from all over the world, and it was an incredibly enriching experience. However, I found it most difficult to communicate well with people who are native Spanish speakers. Because that is an incredibly large population of the world’s peoples, I decided that I would learn Spanish to be able to connect and communicate with even more people.

German has helped me express myself in ways in which I feel I’m restricted while speaking in English. I can speak my mind well, and because of learning a new language, I have also consequently learned a new culture, way of thinking, and feel more “myself.” Studying languages has enriched my life in countless ways. Because of learning another language, I have had the opportunity to study abroad in a non-English-speaking country, travel throughout a multitude of countries, and have met people from around the world. I have learned more about the many different cultures and customs our world has to offer, I have improved my English grammar, and more.

I had more personal connections with my professors, TAs and classmates in my language courses than with other classes. I was really able to connect what I was learning in the classroom to my life outside of it.

I studied in Freiburg, Germany. I went there because I had always heard studying abroad was an incredibly rewarding and enriching experience, so I decided to do it. I chose Germany because I wanted to improve my German and to learn more about the culture. I chose Freiburg specifically because it is a year-long program, and one can really live abroad (as opposed to traveling or feeling like you are just on a trip) and really settle into your home in another country.

hedder (“I am called” in Danish). I just love saying it. der Blödsinn (“rubbish; nonsense” in German). Because who doesn’t like participating in shenanigans every now and again?