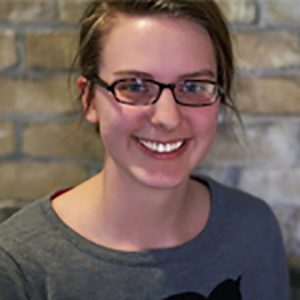 Since graduating from UW-Madison, I worked in communications and administration at the UW Vice Provost for Enrollment Management Office. After about 1.5 years in that role, I took a Teaching English Second Language (TEFL) Certificate through Wisconsin ESL Institute’s Teacher Training Program. Before and after that course, I became involved with international students studying English and now teach, do communications, and do administration for WESLI working with international students from all over the world every day. It’s a dream come true with more dreams planned to teach abroad!

I was planning on majoring in Spanish with the hopes of studying abroad in Spain or another country. Unfortunately, I wasn’t able to study abroad (do so if you can!). I wanted to study Spanish as it is a useful language and widely used within the United States and abroad. I found my knack in communications and decided to focus solely on this field with my other responsibilities.

Having a familiarity in Spanish has enriched my life by feeling more confident when it comes to interacting with other language speakers. When I have traveled to Spanish-speaking countries, it was useful to get around in travel and to connect better with locals. In daily life, it helps me connect with non-native English speakers at my work and in my community.

I always had native Spanish speakers which was an encouraging challenge that helped me realize that I had more to learn but could still communicate with native Spanish speakers. These classes were different from other classes I took because I had to think in new ways and learn more about Spanish-speaking cultures that spurred reflection.

I have studied and reviewed Spanish on my own and used it in travel. I also read or watch shows in Spanish to practice my listening skills.

Don’t give up! It’s such a useful skill and can take you ANYWHERE! There are so many opportunities to get involved with local international communities. Practice with native speakers and don’t be shy!