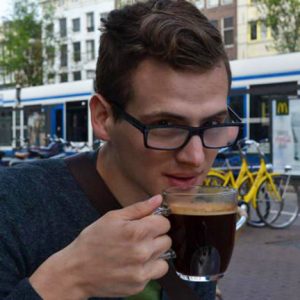 "The study of languages is one way to open many doors in life and to open up one’s self to new experiences. I am grateful to my languages for providing a constant source of excitement and opportunity."

After my undergraduate career at the University of Wisconsin-Madison, I was accepted into the Portuguese Masters program at the same university. I was admitted with a Chancellor’s Fellowship and I also had the opportunity to teach Portuguese 101 and 102. In addition, I served as the Graduate Language Program Coordinator for the newly-formed Nossa Casa (Portuguese Language House) of the International Learning Community, part of University Housing. In December 2014, I successfully completed my Master’s degree and was accepted into the Ph.D. program in Portuguese at the University of Wisconsin-Madison. As of today, I continue to pursue my academic career in Portuguese and I am now accompanied by my Brazilian husband Michael, who I met while studying abroad in Coimbra, Portugal.

My interest in languages began with Spanish in grade school and increased in high school after I studied abroad in El Progreso, Honduras. When I came to the University of Wisconsin-Madison, I learned about Portuguese 301 – a Portuguese class for speakers of other romance languages. After taking that initial class, I continued studying Portuguese alongside Spanish, eventually choosing to study abroad in Portugal, which solidified my desire to pursue an academic career in the literature and cultures of the Lusophone (Portuguese-speaking) world.

The study of languages is one way to open many doors in life and to open up one’s self to new experiences. I am grateful to my languages for providing a constant source of excitement and opportunity. The study of foreign language has afforded me many travels for study and pleasure as well as numerous opportunities to connect with people in the United States who are speakers of those languages.

Language classes at the University of Wisconsin-Madison were always a place in which I felt comfortable being myself and making friends. Something about the unique challenge of language learning and the shared experience of rediscovering yourself in another tongue always contributed to camaraderie between peers that was unmatched in other classes.

Everyone I knew who was dedicated to studying languages found themselves involved in extracurricular activities related to their target languages. I always felt that involvement outside of the classroom was necessary for the acquisition of language and important for the understanding that language is part of the culture. Languages are tools for communication and though practiced in the classroom, they gain more nuance when put into use in places like conversation tables, clubs, or during immersion experiences.

I’ve maintained and developed my language skills by continuing my study of Portuguese throughout my Masters and into my Ph.D. program as well as through teaching and learning to be a better teacher. At home, I speak English and Portuguese daily with my Brazilian husband, Michael, who has great patience when it comes to my linguistic doubts.

Current language students should take advantage of the resources that a campus like ours has for language learners. Communication is essential to language and “out-of-the-classroom connections” are crucial to mastering any level of a language. I always encourage students to attend the Portuguese language table “Bate-Papo” to meet other learners, Portuguese teaching assistants and professors, as well as native speakers of the language.

Arrasou! – Portuguese for “you rocked!”