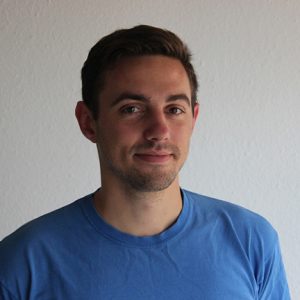 "Don't be afraid to make mistakes! It can be embarrassing to make mistakes while speaking or writing, but it will help you learn and (most importantly) remember language rules."

Since graduating from UW in 2013, I moved back to Freiburg, where I had previously studied for a year abroad in 2011-2012. I have worked as a translator, English teacher, and communications professional in Germany.

I had experience with German early in my life thanks to my parents, who both speak German and lived in Germany. During my freshman year at UW I also took part in a Freshman Interest Group (FIG) about Brazilian Culture, so a Portuguese course was part of my first semester. I am mostly motivated by the fact the most of the world speaks another language than English – learning languages opens a whole new set of opportunities to you.

Learning German has been a huge part of my life. When I started learning it, I was not expecting it to play such a large role in my life. But as I progressed, new opportunities opened up to me because I could speak German. From interesting university courses and studying abroad to internship and job opportunities, my German skills have enabled me to do a lot of things that I otherwise couldn’t. I’ve also made a lot of great friends along the way thanks to speaking a second language.

My language classes at UW were some of my favorite ones! They were generally smaller classes, which meant the students had more individual attention from professors and teaching assistants. The instructors were also very engaged, and they had a genuine interest in helping you learn the language.

Studying abroad has been one of the most important experiences in my life so far. In terms of language skills, there is no better way to become fluent than to live in a country where the language you’re learning is spoken. But more than that, living in another country is also a personal and cultural learning experience. I learned a lot about Germany, Europe and the world because I was constantly in contact with people from different countries and backgrounds. Ultimately studying abroad also led me to move abroad for work after graduation. That’s not something I would have expected when signing up for the study abroad program, but I couldn’t be happier!

I have continued maintaining and (hopefully) improving my German since graduating. Luckily, living in Germany means I get to practice the language every day. Reading books, local news, watching German TV/movies, and talking with friends keeps me thinking in German.

Don’t be afraid to make mistakes! It can be embarrassing to make mistakes while speaking or writing, but it will help you learn and (most importantly) remember language rules. Also: study abroad! Spending a semester (or better yet, a year) in a different country is the quickest and most rewarding way to learn a language.

Kummerspeck (“excess weight gained from emotional overeating” – the Germans have a word for everything!)