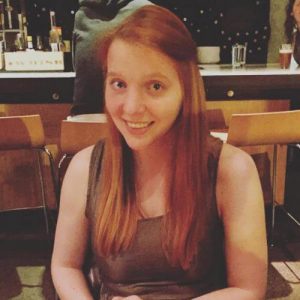 "I wanted to learn more about people from around the world, and studying new languages is a good place to start! I also knew I wanted to study something that I loved and that could impact the world around me."

I wanted to learn more about people from around the world, and studying new languages is a good place to start! I did not come to UW-Madison knowing exactly what I wanted to study but decided on Anthropology and LCA during my second and third semesters. I also knew I wanted to study something that I loved and that could impact the world around me. I first decided to study Sanskrit after looking through the binder of languages that was set out at SOAR, not knowing it would impact my entire undergraduate experience. After my first year, no one was enrolled in the third semester and I wanted to experience a language that was still spoken today, so I switched to Hindi and have taken it every semester since. Last fall, I added Tibetan out of curiosity and because I was interested in getting an introduction to another new language before graduating.

For my final two years at UW-Madison, I was awarded the FLAS Fellowship, which tremendously helped me devote more time to language study and my area courses. Every semester, I have at least one non-language class that could be tied back in some way to concepts that were discussed in my language courses. I have taken at least one language every semester and not only are they interesting, but they also keep me on track and focused in all my courses.

Other courses do not necessarily require you to think about the subjects on a daily basis, but languages require and teach you to be more mindful of what you are learning. There isn’t a day that goes by where I don’t catch myself thinking in another language or remembering vocab words for things that I see! Class sizes are small enough that you can go to class and know the names of all your classmates, who serve as valuable, go-to resources for if you get stuck on anything.

Reading in other languages, watching films, listening to music, and going through the texts in my spare time. I’m also hoping to learn a couple more languages on my own and would love to be able to communicate with others whenever and wherever I travel throughout my lifetime.

Making an effort to think in your languages will be a huge help – it will keep you interested in learning new vocabulary, and you may notice specific phrases or sentence structures that you’d like to look into.

लेकिन (le-kin) — “but” in Hindi. It was one of the first words I memorized because it’s pronounced how you’d say my UW NetID login, so for that reason, it stuck with me!