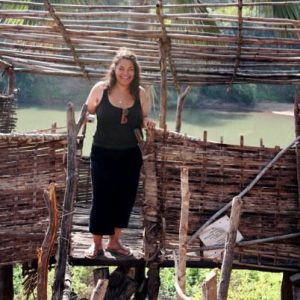 "Academically, being able to translate news and original texts from around the world, hold conversations with people who speak these languages, learn really what a culture is, etc. has allowed me to broaden the sources of information from which I can learn."

I learned French because when I was younger, I wanted to be Jacques Rogue (the president of the International Olympic Committee) and I figured I should probably learn one of the official languages of my future career. Learning Arabic seemed like the perfect way to guarantee getting a job when I graduate from UW-Madison. Wolof lessons were part of my study abroad program but it became clear that if I ever wanted to really get to know a culture, I should speak the language.

Speaking certain languages has helped me really dive into new cultures. Being able to understand the corner street vendor selling mangos, or a president speaking to a worldwide community in his or her native tongue has affected me in a positive way. Learning the French, Arabic, and Wolof languages have given me the opportunity to turn acquaintances into life-long connections through my travels. Understanding someone because I can speak the same language(s) as him or her has gifted me personally. I speak in a combination of all three every day with my friends and new families I made abroad thanks to the convenience of the Internet.

Academically, being able to translate news and original texts from around the world, hold conversations with people who speak these languages, learn really what a culture is, etc. has allowed me to broaden the sources of information from which I can learn. Knowing these languages definitely gives me an advantage when applying for jobs. I am able to work in countries all over the world thanks to my language skills. I can function language-wise in Francophone countries (much of North and West Africa, areas in Canada, the Caribbean, many Pacific Islands, Asia, many Western European countries), Arabic speaking countries (North Africa, the Middle East, and many other countries who learn Arabic in Koranic schools) and I can also boast that I am competent in a new language in less than one year of study (in the case of Wolof). This makes me eligible for occupations like the Foreign Service, international businesses, world organizations, etc.

All the dialogues we had to write and perform in Arabic class were certainly memorable and entertaining especially because we tried to work in the word for mulberries (toot) in every conversation.

Who knew there was a sizeable Senegalese population in Madison! The other night I met someone in State Street Brats who went to school at the same study abroad school that I went to, except he was there as a domestic student.

I have used my Arabic to understand signs in Senegal written in Arabic. Not knowing Arabic could have left me lost in a labyrinth of backstreets for hours.

My love of soccer has definitely helped me make more connections and makes me feel more globally aware. Many times, it helps me learn geography, country profiles, and a sense of culture. It’s the world’s sport for a reason!