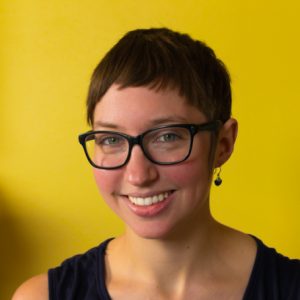 "These languages have completely changed the course of my life in ways I never could have predicted, and the way I view the world."

My first year after graduating from UW-Madison, I lived in Madrid, Spain, working as an English language assistant (auxiliares program) and playing ultimate frisbee with the Quijotes+Dulcineas. I spent the next year in Madison working (at the university, actually!—but in the College of Engineering as a financial specialist) to pay back my loans at a quicker pace. That spring, I applied (through UW) to teach English in Korea (GEPIK), which is where I spent the following year (2013-14) as an elementary teacher. While living in Korea I began blogging for FluentU’s Spanish Learner Blog, which quickly turned into a position as editor of the startup’s language learning blogs. I spent a month walking the Camino de Santiago across Spain when my contract ended in Korea and then made learning French a priority the following year, 2015. I took a 6-week French course in Montpellier, and returned to France with a 1-year visitor’s visa in October—which is where I currently reside (still working virtually for FluentU)!

I started taking Spanish simply because that’s what I’d studied in middle and high school, and I had always enjoyed it. After studying abroad in Spain for my junior year, I had inadvertently completed nearly all the requirements of a Spanish major, which is why I graduated with a degree in Spanish! I became interested in French during a trip to Morocco during my study abroad year, so I signed up for two semesters (101 & 102) my senior year—just for fun!

These languages have completely changed the course of my life in ways I never could have predicted, and the way I view the world. It was studying abroad that opened my eyes to the huge variety of opportunities, lifestyles, mindsets, cultures and people in the world—and it’s been a continual journey since then, my eyes always being opened a bit wider with each new experience and international acquaintance.

I remember my UW language classes being fun because it was the only type of class I had where you got to spend time talking and getting to know your classmates—through various language exercises. Depending on who I was sitting by or paired up with, we’d sometimes make up silly answers and have such a great time laughing. If you’re using the language in a real way like this, it’s all valuable! Language learning should be fun, and it was!

As I mentioned above, studying abroad for a year in Madrid completely changed the course of my life in ways I never could have predicted. Looking backward, I can now draw connections, and everything since then (teaching English in Spain, living in Korea, working for FluentU, moving to France, etc.) stems from that first year outside of the USA. After my study abroad year, I became a member of UW’s BRIDGE program, to meet other international students and help them feel at home in Madison, the way others had helped me get adjusted to life in Madrid. UW has so many ways to get involved with international students and cultures—take advantage!

When I was living in Madison again after my second year in Madrid, I regularly attended UW’s Mesa de Conversación (Spanish Conversation Table). I hosted the weekly conversation event throughout that summer so that we could continue meeting even after the school year had ended. (This is an awesome event, by the way, and UW hosts regular conversation tables for 25+ languages! Unfortunately, I only attended once as a student, so I highly recommend attending. The exposure and practice are so valuable, and speaking will only get easier by doing it.) I continued learning French by self-study (watching TV shows, movies, FluentU, grammar workbooks, etc.) and attended the French conversation table in Madison (at Barriques) when I lived there. Five years after I first took French 101 at UW, I signed myself up for a 6-week immersion course in Montpellier (which resulted in moving to France for a year). I also learned some very basic Korean while living in Korea.

Study abroad! I promise you, you will regret nothing. Sure, you might feel unsure or uncomfortable at the start (I remember feeling as if I’d jumped off a cliff when I was on the airplane to Madrid!), but that’s temporary. Choose growth over comfort. Your future self will thank you a million times for it! Go to the conversation tables! Honestly, the only way to get more comfortable speaking is to talk a lot and make tons of mistakes. It’s the act of doing—changing your thoughts into your foreign language, and spitting them out—which will strengthen your speaking skills. And communication is why we learn languages, right? Plus you’ll meet some cool people—often even native speakers or alumni—plus get to chat with TAs and professors casually.