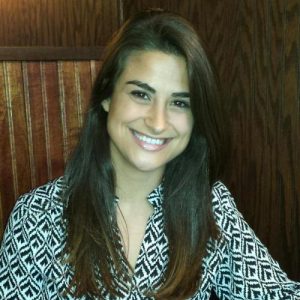 "UW language classes were personable, interactive and enriching. With a smaller class size, I was able to use the language with fellow students whose interests were in that very specific field."

After graduating from UW-Madison in December of 2012, I was hired at Promega Corporation, where I had previously been interning, as an Events and PR Project Coordinator, and was later promoted to Communications Specialist. I worked at Promega for three years and recently left the company to pursue a Master of Arts degree in Global Communication from the Elliott School of International Affairs at the George Washington University in Washington, D.C. Beginning in Fall of 2015, I will specialize in public diplomacy and technology through the Global Communication MA and hope to work for a non-profit or think tank on Latin American issues in a communications capacity.

I am originally from Brazil, so Portuguese is my first language. However, having moved to the U.S. at a very young age, I did not have the college-level reading and writing skills I wanted to succeed professionally using the language. I chose to get a degree in Portuguese to develop my skills at a higher level and to absorb more of the culture of Portuguese-speaking countries around the world.

With a degree in the language, I am able to utilize Portuguese to the fullest in translation work, in professional interactions and in international affairs in general. This will be very valuable for my future career in Washington, D.C.

UW language classes were personable, interactive and enriching. With a smaller class size, I was able to use the language with fellow students whose interests were in that very specific field. The professors were experts and well-traveled, and the classes gave me the opportunity to interact with them on a one-on-one basis frequently. They got to know my work and my skills. I learned quite a lot from them, and the content inspired me to dive deeper into international affairs. These same professors were later willing to provide recommendations for me because they knew me on a deeper level.

Weekly Bate Paphos conversational chats allowed Portuguese-speaking students to interact in an informal setting and to sharpen their language skills. Conversations in these circles pertained to cultures and other topics related to countries we were studying, and therefore supplemented our studies. These evening conversations also gave students the opportunity to get to know teaching assistants and professors on a higher level.

My study abroad experience did not relate to my language of study, yet allowed me to study a topic (the European Union) that I had focused on in another major. I highly recommend the study abroad experience to anyone interested in international relations or in languages and cultures. I gained a lot from my time in Belgium and was able to travel in the region.

I speak Portuguese with my family and read articles in Portuguese on a regular basis. I will also utilize the language in an upcoming internship.

I highly recommend study abroad to language students. Immersion in a language and culture greatly supplement your study of the language.

Saudade – a word singular to Portuguese and hardly translatable. It means “a longing for a person or thing no longer there,” or “the feeling of missing someone/something that is far away.”