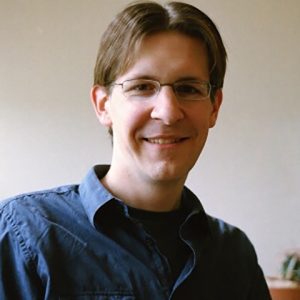 "Learn one language deeply while you're still at UW! You can dabble in various languages throughout your life, but it's much easier to develop fluency during your university years."

I’m currently a software engineer with Sony PlayStation in San Francisco. I started working at Sony’s Madison office upon graduating in May 2009, and my initial role was actually Japanese translation. While working full-time, I also did an MA program in Linguistics at UW from 2010-2012.

Even when I was little, I had a fascination with Japan. Having been lucky enough to go to a high school that taught Japanese, I jumped on the opportunity to study the language, and the rest is history. For Mandarin, I have an undying love for Chinese characters, so I wanted to familiarize myself with their usage in languages other than Japanese as well.

Languages are an important interest of mine, so the opportunity to study them in an environment like UW-Madison has been both personally and academically enriching. In particular, I feel that being a speaker of Japanese is an important part of my identity today, and something that I’ll always carry with me. And professionally, my Japanese fluency was the very reason I was hired at Sony!

I spent my junior year at Keio University in Tokyo, where I had the best year of my life so far! My classes and extracurricular activities created an environment where I was able to attain fluency (something which truly requires being in the country itself), and living in an international student dormitory allowed me to meet amazing people from all over the world, brought together by a common purpose.

I participated in Kaiwa no Kai, the Japanese conversation table on campus, and I also lived in Nihongo Hausu, the Japanese section of the International Learning Community in Adams Hall, during my sophomore and senior years.

Sony is a Japanese company, so thankfully, there are plenty of opportunities to use my Japanese.

Learn one language deeply while you’re still at UW! You can dabble in various languages throughout your life, but it’s much easier to develop fluency during your university years.

A Japanese “four-character compound” that I’m fond of is 十人十色 (juunin-toiro). Literally, “ten people, ten colors”, it means something like, “to each their own”.