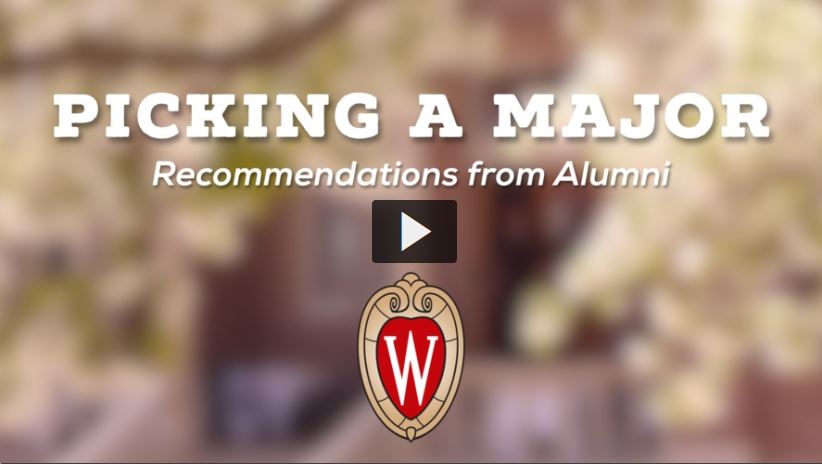 We know choosing your major can be a difficult decision and a daunting process. The Language Institute works hard to make sure students get the support and advising they need every step of the way. SuccessWorks has interviewed UW-Madison Letters and Sciences Alumni to gather their advice, stories, and successes and failures as part of their Badger-to-Badger: Step that Matter project. Below are some alumni who studied language or other cultural/linguistic studies. To see all the videos with more non-language related majors, click here.

Advice for picking a major in general.

Michelle Roach: 2012 Bachelor of Arts in Spanish Language and Literature.

Caitlin Regner: 2010 Bachelor of Arts in Biology and Spanish.

Jennie Mauer: 2003 Bachelor of Arts in French and Legal Studies.